Acting and Performance Zoom Class for Kids 7 to 14 – the Best Holiday Gift!
More 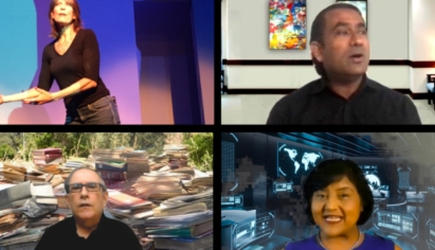 "Great in so many ways!" exclaims Maroon 5's Mickey Madden. It's Chris DeCarlo's Actors' Workshop, now zooming at Santa Monica Playhouse Online. Conquer the critic within, overcome competition fear, and have fun discovering your artist's voice. Hone your skills and then put them in action in an original play – not a showcase – video-taped at the end of the session.