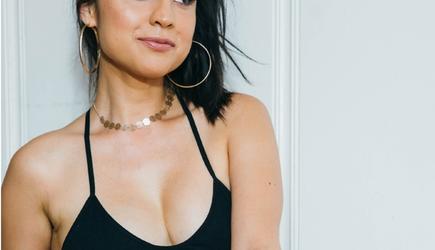 "Corina Calderon is something special. You can tell right away as she walks on stage. She is petit, poised, strong, beautiful and full of power. She begins her journey with us as she began her journey to us, moving to the music, barely clothed and owning her life. Corina Calderon is a star!" NoHoArtsDistrict.com Follow Corina's journey from working as a stripper in Austin, Texas, to being cast as the Lead in a feature film that was nominated for the Grand Jury prize at the Sundance Film Festival. Hiding the truth from her judgmental, Mexican-American Catholic family. Finding support and friendship in the club. Her upbringing, her newfound confidence as a woman and artist. Her sinuous Cumbia, Salsa, and Merengue. And the multiple characters and multimedia showcasing her life of perseverance to fulfill her dream of coming to Hollywood, no matter the cost. Written & Performed by Corina Calderon.